Our mission is to develop a radical solution based on the combination of a cloud-based mapping platform and an airborne detection system. Our Mine Kafon Drones are estimated to be up to 20 times faster and 200 times cheaper than traditional demining technologies, along with being completely safe due to the indirect involvement of humans in the detection process.

Economically, the presence of landmines makes many properties unusable, blocking the access to homes, roads, health facilities, schools, markets and other essential service providers, which results in an accentuated stagnation of local economies. By denying safe access to farming and irrigation, landmines progressively lead to increased food insecurity. The removal of landmines would thus represent the lifting of a major obstacle in the way of economic re-integration of the affected areas. Not only would the absence of these remnants of war restore a normal economic activity and social order, but it would also create long-term economic opportunities. For instance, many of the countries plagued by such problems have rather rich deposits of rare elements such as iron ore, copper, gold and lithium. The sustainable exploitation of such valuable resources could provide a boost to local and national economies, creating jobs and bettering the affluence of local communities. 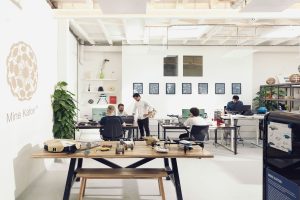 The Mine Kafon Lab office area in Maastricht 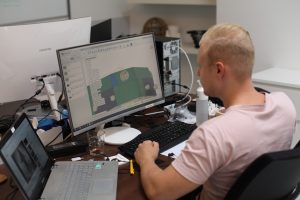 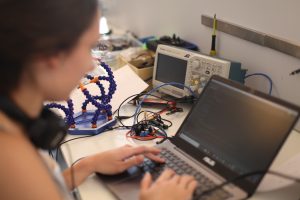 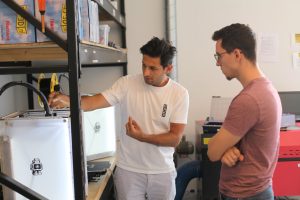 With the Mine Kafon Drones, we can save thousands of lives and determine a lasting positive effect on countless communities around the world. If widely used, the MKD system could clear every landmine in the world within only 10 years. In areas plagued by landmines, the inhabitants of such territories will shortly after no longer have to worry about the horrors associated with these remnants of war. And it is not only them that will be able to be reintegrated in the larger communities from which they had been separated – their offspring will grow up and flourish in safe environments, without having to suffer the hardships they endured.

“A mine-free world does not need to be a dream – together, we can make it a reality.”